- December 03, 2019
I used to think that my Vietnamese language capability would never serve me in the field of Software Development. To be fair, at least not while I am studying at an English-speaking country and not when most programming documentations are done in English (even programming languages' keywords are in English). I could not be more wrong!

Two weeks ago, I blogged about my effort to open a new translation for GatsbyJS documentation to Vietnamese which I have been really excited about. Since then, the translation repository has been moving forward with some first translations published:
To accomplish those first translations, I could not have done it all by myself, it is the effort of a team of GitHub contributors.


Gather up a Team

After the post 2 weeks ago, I wanted to get my hand on the translation right away but I see that documentation including reference documents, tutorials and contributing documents for GatsbyJS... are just insanely huge. I realize that I need help from other people for the project to work because this is not a 1-man job but a job needs the effort of a community.

I recall a small conversation I had earlier with my professor that I mentioned I started the translation and was in need of the help of manpower to get the project moving. I immediately sent out an email to him asking for the contact of a classmate whom I thought to be Vietnamese. The reply was fantastic...

You’re both taking my open source class, but in different sections. Khang Nguyen asked for an introduction so you could possibly collaborate on a project for 0.4.

The classmate and I, eventually, met up and after a brief discussion, he wants to help as I was delighted. However, that was not all, although I did not ask any further, the next day, I received a Slack message from the professor:


Question: did you want me to ask my WEB222 second semester students to join you?
I think a few would be able to help with the localization, but won't know git

Of course, I immediately said "Yes" and was really thankful for his help. A few students emailed me 1 or 2 days later expressing that they wanted to know more about it and would be able to help.

For days after that, I spent time scheduling meetings with them. It has been a very good experience since I got to stand on the other side of the podium now and talked about open source, about git, GitHub and how powerful they are in doing collaborative works (technically what I learnt in class). Although some of them might not decide to help, later on, I would appreciate the experience I reached out to people and did some networking in the field.

After all, I can say that I "have" a team since some of them decided to help and even the classmate I mentioned earlier signed up for 2 documents so far for translation.

Besides the fellow students I met, I also got an online contributor who helps me with the translation of one of the documents, too. This surprised me a lot since I did not think that I had been able to get people in the community out there to help out, yet.


The Role as a Maintainer

Over the period of meeting with potential contributors for the Vietnamese Translation of GatsbyJS, I notice that a lot of people who want to help were mostly new to open source and had little experience with git/GitHub before. As the maintainer, I think it would be nice if we can have a Contribution Guideline covering the instructions for the processes such as fork, clone, commit, push and making PRs, as well as, the core principles of working collaboratively using git for version control.

I set my first task is to compose one detailing every step with explanation of all the processes above and also how to sign up for a page for translation. One of my first PRs is for that alone! (It is also important to mention that the repository locked pushing to master branch so even the maintainer also has to make PR to do contribution or make any change no matter big or small).

The Contribution Guideline document is a useful and important document for new contributors. I wrote the document based on the Contributing Guideline of the Spanish Translation repository since a friend of mine is working on that and I realize they have such a well-documented and comprehensive guideline for the same kind of repository. A big thanks to them! Besides their content, I also wrote about the process of using git based on my own in-class experience.

As a maintainer, I also spent time reviewing contributors' works. For me, this is my favorite part! I imagine this is where I learn about GatsbyJS as I will be reading through all of its documentation.

I have reviewed 2 documents translation so far, 1 from my classmate and 1 from an online contributor. For the first time, I tried to match IT jargons into Vietnamese. Some of them are really simple, some are not so much. Words such as "dependency", "framework", "plugin" or "terminal" have no equivalent in Vietnamese. Also, some words such as "global/local server", "development/production environment" do not have any concise but obvious way in Vietnamese to describe exactly what it is.

The review part also helps me connect with enthusiastic people with the same interest. I will do my best to keep it up! Currently, I am the main one who spends time working on reviewing, sometimes I reach out to contributors and ask them to do some review for me. I imagine I would need an extra maintainer to help me with the reviewing job, soon!

As a maintainer, I don't just sit and watch. I also want to get involved in translations of documents, to help move the project forward. Therefore, I have started with a document, too.

The document is about the basics of environment setup such as Node.js, npm and git installation. It covers a little bit of how to use a command-line, too. Although they are all fundamental, I think this is a good start for me to learn translation properly.

As I got the taste of it, I will be able to improve in the future.

Let's keep the fire burning 🔥 for this project and I hope I can eventually get it done nicely!

Release 0.1b: Contributing a new feature... Why not?

Welcome back to my Release 0.1! In a previous post, I discussed the first activity of the Release 0.1 which was a bugfix. Today, I am going to continue with the series by talking about a new feature suggestion that I made to another note-taking app of one of my colleagues.

Let's get started!
Issue #2: New feature proposal for a saved-status indicator for a note-taking app Links: Repository | Issue | Pull Request To begin with, I found this note-taking app of my colleague which was a simple white page with a text box area to type the note and a default initial message. I cloned the repository and ran the app to test it out. However, I found it impossible to save the note since there was no hint anywhere.

I was really curious so I opened the source code to investigate how this app works The app was written in plain HTML, CSS and JavaScript with a library called Filer.js to support with locally storing and retrieving the content of the note. What surprised me was that it uses anothe…
Read more

Release 0.1a: My First Contribution 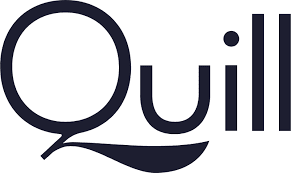 Welcome to my first release! The two first contributions I made to Open Source are to my colleagues' school projects. The project they completed is two online Notepad-like note-taking apps with different customized features.

The release includes two activities: to report a bug and to suggest a new feature. Let's dive into the first one...
Issue #1: Integrated Rich Text Editor (Quill.js) not working Links: Repository | Issue | Pull Request The bug I found while going through many of my colleagues' projects is in the repository mentioned above where I already filed an issue. The bug is associated with the use of an integrated Rich Text Editor called Quill.js.
What is Quill.js? Quill is a JavaScript library allowing the developer to integrate a highly customizable Rich Text Editor to a webpage. All it needs is an HTML <div> element to be initialized when the DOM is loaded.
An interactive editor box with text formatting functionalities created by Quill.js Bug Details: I…
Read more 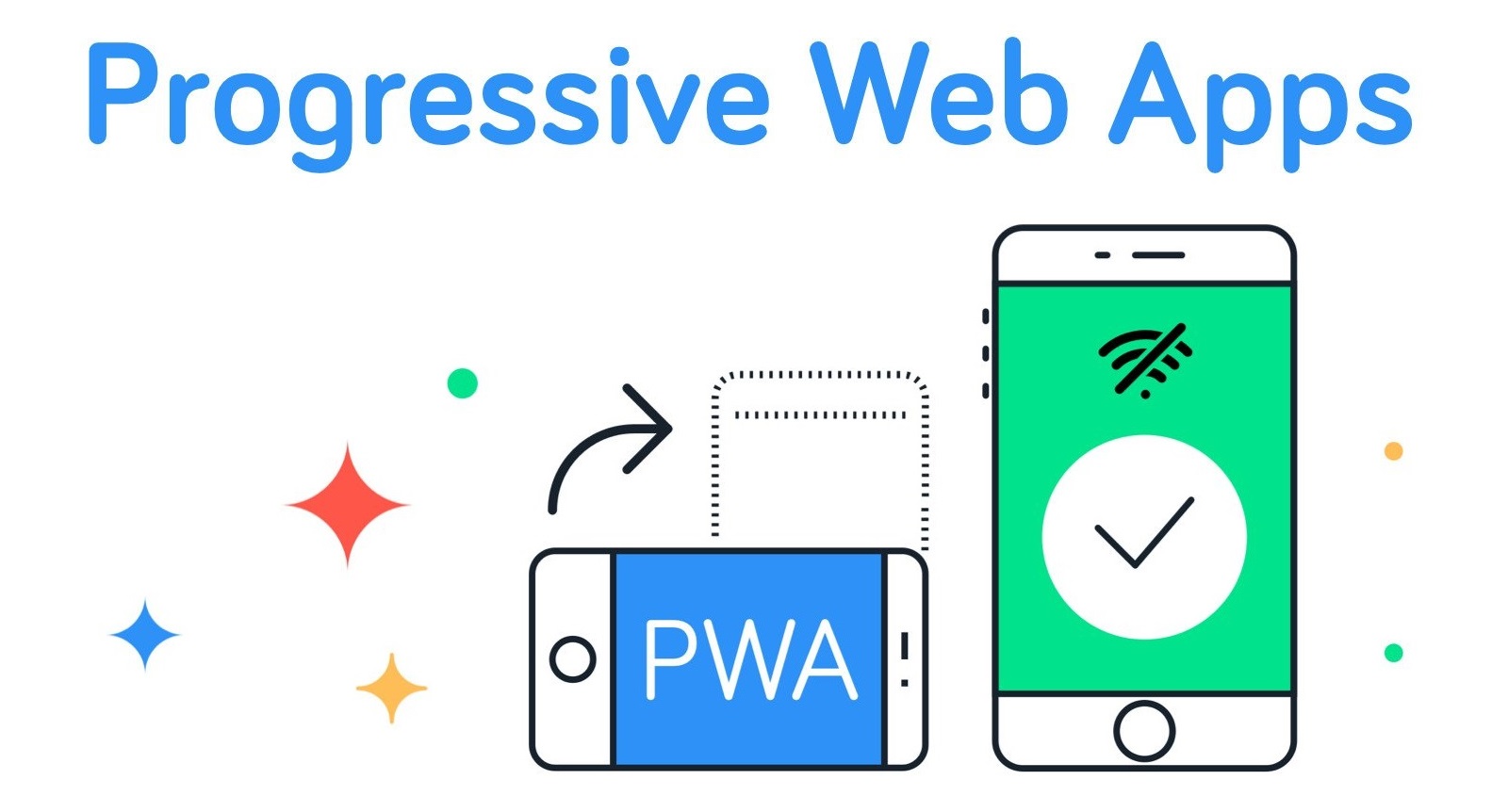 Hello, folks! October has arrived (or at least arriving when I am writing this) which means HacktoberFEST 2019 has commenced. As many participants around the globe, I am starting my contribution to the event.

My plan for the event is simple! I will make 1 pull request for each of the 4 weeks of October. Stalling no more! I have already worked on my first contribution and I want to share with you folks about it.
Issue #1: Creating a simple Progressive Web App! Links: Repository | Issue | Pull Request To recap... The web app is a simply tool for developers to know what is the size of the current viewport by opening the app on the device that they want to measure. The app is written in JavaScript and requires an improvement - offline working capability. The app is interactive when we resize the viewport and the code for the app is very simple with only static resources.


As I have planned in my previous post about HacktoberFEST, this is an issue I want to look into for 2 reasons: I was ve…
Read more